An interview with The Bright Light Social Hour 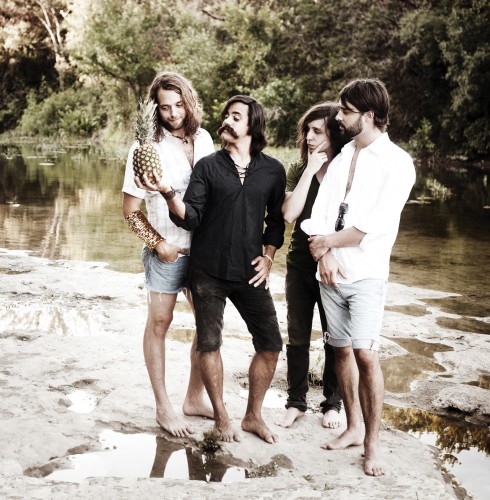 The Bright Light Social Hour seem like one of Austin’s proudest exports. Their self-titled debut was the winner of numerous Austin Music Awards last year, including band and album of the year, and their hometown shows seem to constantly expand in magnitude. However with that in mind, they also appear to be Austin’s best kept secret as their extensive touring schedule still contains gigs at smaller venues in places like London and Kingston. Regardless of the venue, their throwback brand of classic rock and southern blues seem to be gaining fans across the continent. There’s something instantly gratifying about their long instrumental interludes and singalong choruses. I was able to interview Jack O’Brien (bassist/vocals/moustache) from the band in anticipation of their Thursday show at London’s Call The Office.

How are you enjoying Toronto so far?
We looooved Toronto! Such a busy and big city but with the friendliness of a small town. We didn’t want to leave. We’re in Peterborough now spending a day off. Brian Byrne has put us up here and been endlessly gracious, hospitable and all around totally excellent.

You guys opened for Canadian alt-rock legends I Mother Earth during one of your Toronto dates, how did that get arranged?
The show was unreal, such a special night and we were so glad to be a part of it. We were putting our CMW shows together and they were looking for support and we submitted; very excited they chose us.

What Canadian bands are you a fan of?
MSTRKRFT, Monster Truck, Death From Above 1979, Chromeo, Sheep Dogs, Arcade Fire, The Band, Godspeed You! Black Emperor, Great Lake Swimmers

Austin is an incredible place for live music, how do you feel like it’s shaped your sound?
There are just so many quality bands in Austin that we really had to work hard to stand out and get a little attention. It forced us to work hard at evolving our sound and live show. Being around such great bands and an ultimately very supportive music community has definitely helped us grow as musicians and songwriters.

You guys play some big venues (like Audtorium Shores last week at SXSW), is there any difference in approach when playing to smaller venues/crowds?
Honestly, not so much. We still pretty much always forget to write out a set list. The goal is to share an experience with the entire audience, but the approach really isn’t too different whether the crowd is huge or just a couple bartenders.

Your music video “Back And Forth” seems pretty popular, are there any other plans for upcoming videos?
Yes, once we finish some of the heavy touring in the next few months, we would definitely like to do more music videos.

How would you describe the personality of your moustache?
Classy as fuck. (CAF)

Freestyling is an important form of expression in hip hop. If you had to freestyle four lines about your LP, what would you say?
We only freestyle haikus… I hope that’s ok.

luscious summer love
get everyone together
work has just begun