Sons of Revelry – Born With a Bigga Goal (EP Review) 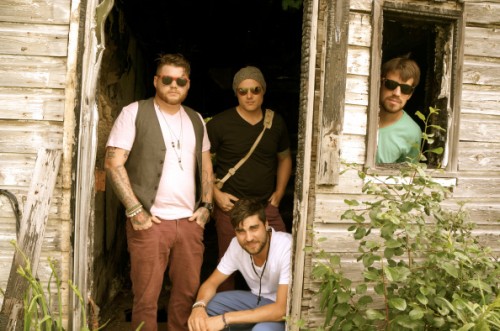 Brantford’s Sons of Revelry have stormed their way onto the Canadian music scene with their debut EP Born With a Bigga Goal. A refreshing revitalization of the modern blues-rock scene, the EP brings together soulful vocals and upbeat rhythms reminiscent of the best music of the late 1960’s.

The title track “Born With a Bigga Goal” embodies Rock n’ Roll’s “stick it to the man” attitude:  a tribute to everyone who has ever been told by someone that they aren’t good enough. With powerful guitar riffs and vocals, the song sounds similar to early Kings of Leon (in the best way possible):

Sons of Revelry also aren’t afraid to switch up the timing of their songs, which creates interesting rhythms that keeps the listener engaged. This allows the band to rise above the standard, formulaic sound of power chords and basic timing that dilutes much of modern rock music.

The result is addicting.

“Whiskey” has an awesome bluesy tone that shows the band’s roots and lives up to its name. The song also displays the driving chemistry within the band’s rhythm section, showcasing talent on drums, bass, and rhythm guitar as they weave together amid the vocals.

The highlight of the EP is “Time”, which seems the best representation of the soulful lyrics and vocals singer Toby Black are capable of. The song symbolizes everything that Sons Of Revelry appear to be aiming to create through their music:  passion, sweat, love, and freedom. It’s one of our favourite songs of the year:

While only being three songs, Born With A Bigga Goal packs in enough raw energy, musical talent, and partying to feel like a full-length album. If their debut EP is any indication of what’s to come, Sons of Revelry could very well become one of the next big Canadian bands. Keep an eye out for their upcoming tour announcement, it should be one hell of a party.