Piano Piano – When I Was Not in Myself, No One Alarmed Me (Album Review) 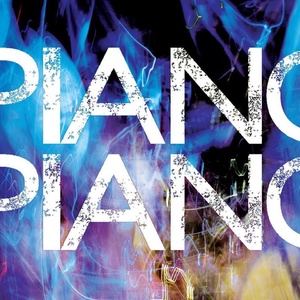 Any form of experimental rock music (henceforth referred to by its ‘post-rock’ designation) comes with the status of being a double-edged sword. Its proclivity for densely layered instrumentation, erratic time signatures, complex rhythms, and extended song lengths can often encapsulate the discordant and fascinating lengths to which rock music can be molded and tinkered with. On the other hand, it can often result in amateur bands who use these very elements to mask a lack of understanding and the technical proficiency which bold post-rock necessitates. In other words, the best post-rock bands dazzle through their knowledge and execution of how to subvert typical rock tropes, pushing the envelope in regard to what these instruments were ‘originally’ intended for; meanwhile, the worst merely throw together a shitload of guitar pedal effects and call themselves a ‘post-rock group’.

Seattle newbies Piano Piano state their goals as clearly as possible: “The music explores a wide range of textures, emotions, sounds, and rhythmic motifs meant to provide the listener with a fully immersive listening experience that is rich with depth.” With this knowledge in mind, assessing the aims of their debut album, When I Was Not in Myself, No One Alarmed Me, becomes considerably more straightforward: How closely are these goals met?

Unfortunately, they aren’t. Despite the album’s clean production (save for some odd sound bridges between a number of tracks), the group’s instrumental abilities, and the occasional attempt to experiment with the basic tenets of rock music, it simply is not memorable or remarkable in any way.

One of the album’s primary issues is that it really isn’t all that experimental or ambient, with numerous songs actually being fairly straightforward in structure and sound. ‘Vivid Dream Ripped Out by the Hand of Nothingness’, while replete with a very cryptic, post-rock-esque title and spurts of guitar distortion, is a song functioning rather neatly within traditional rock structure, only without lyrics. ‘Talisman’ falls more into a grunge sound reminiscent of Soundgarden, and although the track attempts to come into its own through erratic (yet technically dexterous) drum patterns and a slew of guitar pedal effects, it still suffers from the problem of simply being too vanilla.

Part of the album’s shortcomings (and, by extension, failure to be truly ‘experimental’) also lies within the tracks’ relatively short length. While this may seem like a trivial matter, it can actually impact the underlying mechanics of post-rock to a greater degree than one might think. Have you ever wondered why a large portion of post-rock groups make their average track lengths somewhere between 7-9 minutes, often reaching well into the double digits? Bands like This Will Destroy You and Explosions In The Sky operate outside of popular music’s reliance on lyrics, which makes a narrative harder
to convey.

In concluding the ultimate reason why Piano Piano’s debut doesn’t work quite so well, it may simply be a result of them holding back too much. They are unsure about creating a purely instrumental album, thus falling back on awkwardly placed vocals where they are unneeded (‘Corah’, ‘Clouds of Milk and Bone’). Instead of pushing the limits with reverb, flanger, phaser, delay, and other such guitar effects, they fall back on sporadic bouts of acoustic guitar and piano in an effort to differentiate each track. Finally, instead of attempting to dismantle the underlying mechanics of rock music, they fall back on more standard verse/chorus song structures.

It shouldn’t be a surprise, then, that the album’s standout track is the fantastic closer, ‘Harmonics’, which evokes the feedback-heavy slam sessions of Sonic Youth by way of its hard, aggressive, and loud nature. The group takes a chance and it undoubtedly pays off. Such a song reveals the group’s solid potential. They just need aim for a brasher approach in the future. Guitar-driven post-rock like this should have a method to the madness; here, there’s simply too much method.

Tagged indie, piano piano, post-rock, seattle, toronto music blog, when i was not in myself no one alarmed me