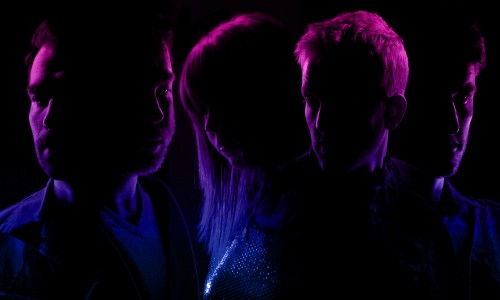 Ottawa-based FEVERS have released their debut album, No Room for Light, under the label of being ‘Electro-Indie-Rock’ which might call to mind other popular artists like Franz Ferdinand, The Killers, Metric, and countless others. The key to each of these artists’ success has been an ability to properly combine the two in a way that allows each genre’s separate dynamics to shine in a manner that feels natural.

Unfortunately, No Room for Light struggles when analyzed as a cohesive unit, despite a number of individual components being quite solid. The first half of the album is arguably much more interesting, inspired, and, most significantly, fun to listen to than the latter. Opener “Autumn’s Dead” attempts to introduce the listener to an ‘image’ of what their overall sound may be: ballad-y piano and vocals lead into a backdrop of soft synths, before rapidly shifting to a ‘clash’ of elements, which noticeably consist of layered vocals, drums with an emphasis on the cymbals, and even more synths. The gentleness with which the album begins, followed quickly by a more uptempo and energetic rhythm, reflects a new band’s desire to announce their capacity to be both an indie rock and an electro group, to show us that, indeed, they are versatile, creative, and indebted to a variety of musical influences.

Those influences can best be found on album stand-out “Pray for Sound”, which immediately calls to mind Eighties New Wave acts such as Depeche Mode, Human League, and New Order. ‘Look Alive’ and ‘ENFP’ continue the upbeat mentality with tons of snare and hi-hat rolls, although the synths begin to take a backseat to more traditional rock instrumentation. ‘ENFP’, in particular, heavily evokes the uptempo rock/pop music of Metric, albeit with a much more dynamic voice from singer/songwriter Sarah Bradley (Yes, I said it. Deal with it.).

Despite moments of brilliance, much of the album comes across as traditional/bland guitar-driven pop/rock. “Goodnight” recalls the saccharine indie pop elements of Stars, placing an acoustic guitar at its center; while “They Want Blood” essentially erases almost all the synths in favour of delivering an uptempo pop-rock song in the vein of Paramore.

The album’s biggest crime, however, finds itself in the ballad of “They Don’t Lie”, a showcase for Bradley’s impressive vocal range that fails in its ability to do much else. Despite solid production, its ballad-status doesn’t fit with the style or sound of the rest of the album.  This can often be the case with pop artists in the vein of FEVERS, memorably utilized by ones such as Lady Gaga and Little Boots, who find themselves forcing in a piano-driven ballad in the midst of electro-heavy sounds. What results is a product coming across as being contrived, forced, and nothing more than a showcase for a band’s ‘musical range’ in order to be taken more seriously.

Thus, the track acts as a microcosm for the album’s troubled nature as a whole: moments of great synthpop are brought down by an inability to focus on what sort of direction it’s taking. While the first half shows the group embracing the great electro energy they’re capable of producing, it comes to a halt by delivering unoriginal guitar-driven pop tracks in the second half. Should FEVERS emphasize the electro/New Wave style in the future, their potential will find great heights, as they their capabilities for producing solid dance tracks evident. Should they follow the path of instrument-oriented pop-rock, they will likely be unable to stand out from the rest of the uplifting-indie-rock-that-also-uses-synths-rather-inconsistently pool; or, as they like to call it, Electro-Indie-Rock.