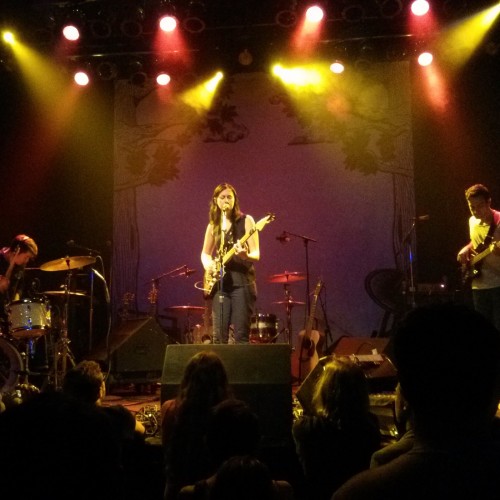 Despite the physical height of Torres‘ Mackenzie Scott, her clean-cut appearance and pleasant demeanor are unassuming. It’s her voice that commands attention. Veering between a smooth-lower register butter knife and a machete of emotion in the highs, it’s something that sets her and Torres apart from many similar sounding bands. Driven by solid percussion from Chris DePorter and guitar-work from Scott herself, the set started off on the strength of “When Winter’s Over”, an indie-rock track with a riff reminiscent of early Weezer. The highlight of the set was the hauntingly beautiful “Honey”, a track that was featured by Pitchfork as “Best New Track”:

Scott exclaimed a few times in her set that she was impressed by how nice everyone in Canada has been towards her. If the Nashville band continues to produce music like that, they’ll have a welcome place at any of the venues here for a long time to come. 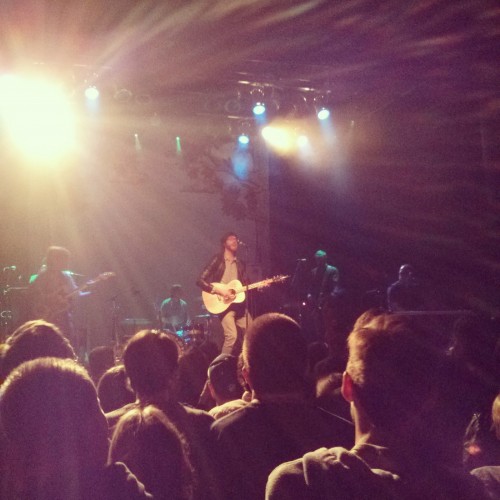 Okkervil River followed with a passion-filled set, enhanced by both brass instrumentation and the charisma of guitarist Lauren Gurgiolo. Personal highlights were tracks off of River’s classic “Black Sheep Boy”, particularly “Black” and “For Real”:

Overall, the concert was punctuated by both the exciting possibilites of Torres and the nostalgic memories of Okkervil River. Another great night of music at Phoenix Concert Theatre.