Megan Bonnell: An Album Review and an Interview 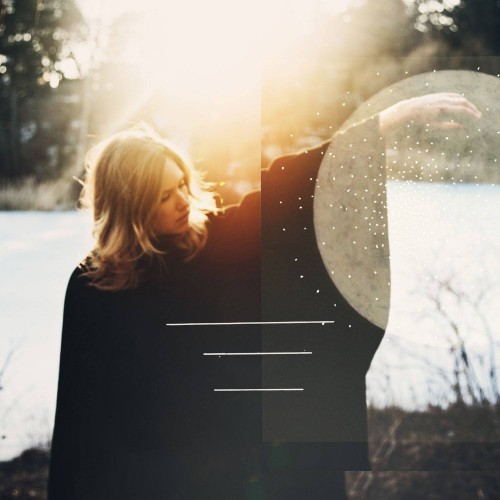 Toronto songstress Megan Bonnell makes a convincing statement from the outset of her debut album, Hunt +Chase, that she aims to distance herself from the many female solo artists performing today: on ‘Coming Home’, she immediately calls attention to her own distinctive style with a low, raspy voice, replete with unique inflections. This voice helps carry forward the song’s slow, intense pace, with both feeling as if they are wanting to ‘burst’ forth, and the lyrics juxtaposing life and death, bloom and decay—“Six feet underground and down below/I am all you know”… “My heart is tangled up in vines/And I’m going down”—combine to give the listener an inclination that Bonnell may be taking us to the dark recesses of our heart which we may otherwise want to avoid.

This tendency for slow-burn crescendos, melancholy, and open-hearted honesty travels through the veins of nearly every track on the album, making for a potentially emotionally-exhausting listen, yet one which is truly beautiful and original all the same. Folk-oriented ‘Stars’ follows this buildup-and-release method with vivid, imaginative lyrics which extend deep-seated emotions into the realm of the fantastical, contrasting the natural and the supernatural: “Explosions in the sky, they/Fell on my head/And I bled and I bled/‘Til I was just a ghost”.

Her ability to strike the heartstrings of the listener not only comes through by way of her touching words, but through very atmospheric sonic aesthetics. ‘We Are Strangers Now’ features successive layers of sound overlaid on top of acoustic guitar chord strumming, and great depth to the drums, the bass sounding like a cannon going off, while the snare whips in and out, akin to a pistol being fired.

The only instance in which this aesthetic is broken is on the album’s title track, which marks a large digression in tone from the rest of the album: a blaring, rapid drum loop introduces the song, which is quickly followed by a piano loop, multiple layers of instrumentation and vocals overlaid atop one another, all propelled by the album’s fastest tempo. Arguably the most ‘upbeat’ track, its frenzied pace and multifaceted instrumentation strays markedly from Bonnell’s otherwise sullen, emotionally-charged album.

Megan Bonnell appears to be trying to break some new ground. Rather than succumb to the charms of electronic pop or folky saccharine sweetness found in much of today’s female-driven music, Bonnell instead takes the route most of us would try to avoid: going down the dark, desolate pathways to one’s most inner and fragile emotions, erring on the side of gloom and melancholy over joy and optimism. What results is an outstanding debut album that becomes cathartic as Bonnell’s vibrant, candid lyricism is matched by its potent, moody sound.

We also had the pleasure of speaking to her about her album and her current tour:

Could you try to describe the tour with Emilie Mover so far?
It’s been very special!  I feel like the past year I did a lot of touring, but some of it was in Europe, and some in the States, and then a lot of it was flying to, say, Halifax, or Québec. It was nice this time to just kind of be playing a little bit closer to home at some of the smaller cities. And they have a real kind of a…heart to them. And then one of the most special parts was just getting to do it with somebody. You know, I’ve been playing solo, and lots of the time the band can’t come with me, and to sort of have a partner-in-crime in Emilie, it’s been really fun, and especially, just another girl in a similar situation, it’s been great to sort of share that together.

Following from that, you have played in “larger” cities, such as New York, Los Angeles, and San Francisco. Do you feel any sort of difference when you’re playing in a big city as opposed to, say, Waterloo, or Guelph, or London?
Yeah, I think it’s a little bit more intimate, and there’s also kind of a built-in appreciation. I do think that people that live in smaller towns and cities actually are really excited. They kind of plan nights around music that they like that come into town because it doesn’t always. Sometimes they have to go to bigger cities to hear the music, so, I think that I felt that for sure, just a real appreciation and excitement.

You grew up in a rural area in Caledon, surrounded by wilderness, and the themes and emotions in your songs are largely influenced by nature. How have you handled this fairly rapid transition to touring and playing in such large locations, and living in Toronto?
I think I was really keen not only to play shows abroad, but also just to travel, and so it felt like the perfect way to kind of take me there. It was extra satisfying seeing these beautiful, beautiful countries and cities, and knowing that it was what I’ve been working on my whole life. Being given that opportunity, it felt extra special. So I think there was just a deep appreciation and excitement that there wasn’t room for many other thoughts other than just being really, really happy.

In the past, you’ve commented that you feel many female musicians are disinclined to show too much emotion or intensity, especially toward men, and that you believe it’s perhaps out of a fear of seeming “crazy” or “needy”…
Well, I’ve found it’s a term that gets thrown around, like…it’s so dismissive to say, “Oh, she was crazy.”  I have totally been called “crazy”, and, personally, I think ‘crazy’ is good, better than ‘boring’, but I also think it’s kind of unfair. With Hunt & Chase, I think I kind of let it all hang out, and I’m glad that I did. I guess I feel like I kind of honed all the emotions that might be seen as a little bit much.

Do you feel that female artists, today, continue to struggle with feeling pressured to conform to certain values or images?
Yeah, I think so. Like in anything [when] you’re putting yourself out there, you leave yourself vulnerable. You’re kind of at the risk of being judged. But I also think that, in Toronto, there’s such a community of musicians, and you feel supported. There’s a real connectedness. You know, for a bigger city, it feels very small—in the music industry, at least—so I appreciate that. I couldn’t have done the last album without the support of my co-producers, Josh Van Tassel and Chris Stringer.

Is creating music, and the process of writing and putting together Hunt & Chase, a way for you to hold onto nostalgic memories and feelings?
I think so. Unintentionally, but…I just want to forever remember it. Most of my songs are kind of a remembrance of something I’ve encountered, and so it does kind of slip into my music since it’s a huge part of me. And I also just kind of love, like, if nostalgia had a sound, I love that sound, or what I imagine that sound should be. There’s a peacefulness, but also this hazy, haunting darkness in it, too. And I also think, when you remember things, you don’t remember them exactly the way they were, they’re kind of glorified without you even being aware of that, they’re sort of romanticized.

Does that also hold true for the painful memories? When writing Hunt & Chase, you had went through a break-up that set a lot of these feelings in motion, so was that album a way to be accepting of letting go?
For sure. It’s the cheapest form of therapy.  Making a song about something like that…it’s a way of processing and putting pieces together.

You have also referred to Hunt & Chase as being like a “dream sequence”, saying that it kind of “weaves in and out of the place you are, and the place you imagine to be”. So, where were you when writing the album, and where did you imagine to be?
I think a million different places as far as imagining to be. Some would involve time travel.  But where I was, physically, was usually either in Caledon, at my parents’ house, where I grew up. And then the other place would have been in my loft in Toronto where I was living at the time. A cavernous loft where my ex-boyfriend no longer lived—it was just me and my sad songs.  But it was for the best, because I got songs out of it. I won.

Final question, and it’s a timely one: If you could become a gold medalist in one Winter Olympics event, which one would it be?
I think hockey would be cool. I was watching [HBO’S] 24/7, and that kind of got me better-acquainted with the players, and now I’m really into it.

Were you into hockey much beforehand?
I like it. Again, I think that sound of the game reminds me of my dad and my grandpa, so, I like it for that.