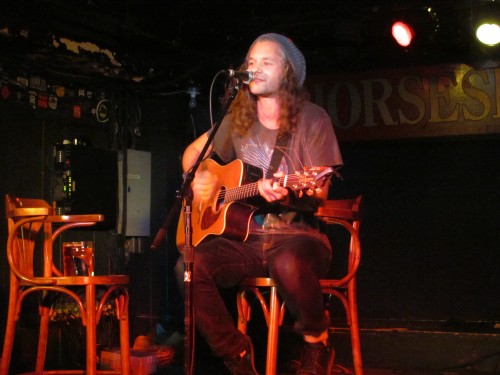 There’s something amazing about shows at the Horseshoe Tavern. As one of the most historic live venues in Toronto, its atmosphere is rarely matched. Jeff Barkman and his brand of indie singer-songwriter music did not disappoint in maintaining that atmosphere. His set consisted almost entirely of new songs that will be on his next album, tentatively titled Ghosts. With his talent for songwriting on display, Barkman presented the crowd with some of the most emotional songs in his repertoire. In our last review, we said that the lyrics behind his first album Assembly Line Surgery were sincere; if this show is any indication of how his second album will sound, it will be nothing short of mesmerizing. The soulful approach to his new set of songs was captivating. With a stripped down set including just Barkman’s raspy voice and acoustic guitar, it was a moving set.

The opening acts started the night off on a high note. Exceptionally talented Montreal band The Damn Truth, fronted by the charismatic Lee-La, opened the night with an awesome hard-rockin’ blues sound that is rare in today’s music. Local band Tomahawk Love also brought an entertaining set with a good mix of covers and original tunes. The crowd was dancing through the whole set, right from the opening riff of their cover of Jet’s “Are You Gonna Be My Girl?”.

Compared to the high-energy opening acts, Barkman’s set was quite intimate, something that works well at the Horseshoe. The audience was engaged as soon as Barkman’s voice was heard at the start of the first song “Chains.” With a setlist full of meaningful songs, Barkman kept it light by joking with the crowd and doing shots of whiskey in between songs, ending one of his most emotional songs with the comment “It’s really hot up here. I’m pretty sure I can smell every band that’s ever played here. Seriously, it smells like the Rolling Stones.”

Barkman capped the night with some of the most popular songs from his first album, including “Safe from Hell,” “Without You Within,” and the soulful “Assembly Line Surgery.” With much of the crowd singing along, it was a perfect way to end the night.

We got the chance to speak to Jeff about his first album Assembly Line Surgery, and how he has been influenced as a musician:

The first thing I noticed when I listened to Assembly Line Surgery was that every song really feels like it has its own personal story behind it. Is this how you always approach song-writing?

Yeah, when I write, I can’t write anything that’s just mindless or meaningless. Every single song that I will ever take the time to record and promote and play live will have a story attached to it. Some of them are snapshots of certain moments in time. I’ve had guys jam with me that say “Man, I like how all your songs are about something.”

Watching some videos from your old shows at The Drake Hotel, I thought it was really cool that you started every song with a story about where it came from. Do you always try to have that connection with your audience?

Well that was a really cool gig. I definitely find that it’s something important, and something I want to do more. The Drake really lends itself to telling stories because the sound in there is so beautifully crisp that the audience can actually understand every word that you say. You can connect with your audience on a very real level.

Who has had the greatest influence on your music?

It’s hard to pick a greatest influence. I’ve had so many different influences at different times in my life, but my first big influence was probably Kurt Cobain. I got Nirvana’s MTV Live Unplugged record when I was about twelve. Man, I killed that record. I played it absolutely to death, then I put it down for a couple of years, but I still go back to it. It’s definitely one of my favourites.

With the state of the music industry today, what do you think is the best way for prospective musicians to gain exposure?

Write your ass off. And play shows. Play all of the worst shows you possibly can, where you’re playing for a completely empty room, and just learn to play regardless. Believe it or not, I’ve played something like 200 shows. A lot of those were some of the most heartbreaking shows you can imagine. Seriously, just me and the bartender. And the worst is afterwards when the bartender says “Dude, you’re amazing!” and all you can say is “Thanks… Glad you enjoyed it… Kill me now…”

So do you have any plans for recording and releasing the new album?

I haven’t really even hit the production stage yet. I want the next one to be a lot more low-fi and dirtier sounding. With Assembly Line Surgery, the songs are just a collection of stories. A lot of times, with first records, you end up having a collection of all the songs you’ve ever written. You pick the best ones and make a record. With the second record, the theme is a lot more coherent. I hit a writing block a little while ago and started talking to some friends about it. I had a really rough childhood and my friend said that maybe I should try writing from there. I was really daunted and intimidated at writing from those really horrible places, but they turned out to be real songs with real emotions, and that’s something I care about. I want the production to match that feeling.

Lastly, if you were stuck on a desert island with a CD player, a ton of batteries, and one album, what would it be?

I’ve got this record by Ari Neufeld. It’s called Old Man Songs By A Boy (For A Girl). Seriously, my opinion of this album is like “you’re welcome for telling you about it.” I got a chance to see this guy perform at someone’s house, and I got the chance to make friends with him. It’s amazing. This album is seminal for me. 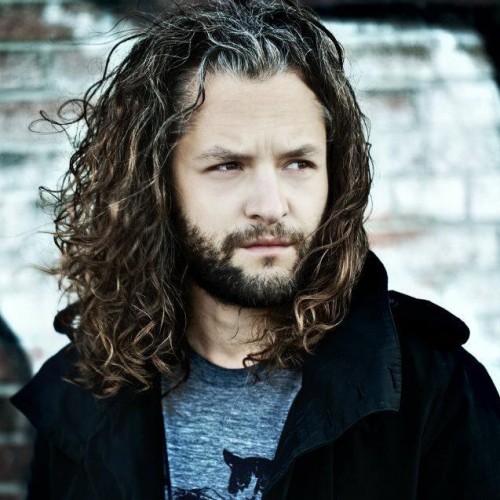 The sincerity behind the lyrics of Jeff Barkman’s album Assembly Line Surgery is distinctive. The album is a refreshing display of original song writing and gives the feel that each song contains its own story. It captivates the listener with a mix of light acoustic rhythms and buoyant harmonies. He doesn’t hold back when singing either, providing the listener with both a soft voice that is easy to listen to, and a powerful raspy sound that compliments his driving rhythms, as well as the occasional high note. His voice particularly shines on songs like “Sydney Jade” and “Never Knew Beauty”, which both highlight his impressive vocal range.

The title track starts the album off strong and is a perfect exhibition of his skillset. It is one of the more prominent displays of his exceptional song-writing ability, accompanied by a powerful rhythm that fully demonstrates the honest emotion of the song. On the song “Infinite”, his guitar solo perfectly expresses the emotion that the album is trying to illustrate. As one of the only on the album, it stands out incredibly, contributing to its significance and allowing it to end the album remarkably. While his album is surely one that can be listened to and enjoyed straight through, it does not do his live act justice, which is more raw and emotional when stripped down to simply his voice and an acoustic guitar. Check him out at Horseshoe Tavern on November 19th. It’s a perfect intimate venue for a guy with his musical style.