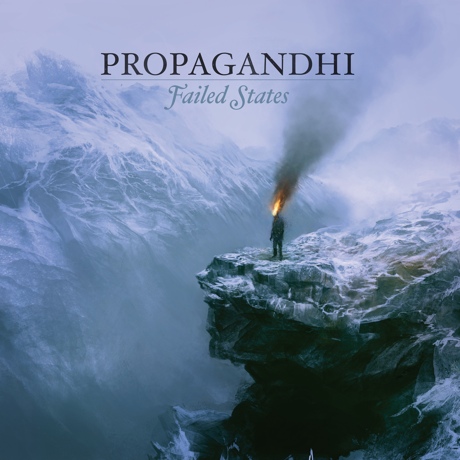 Three years removed from their last release, Canada’s finest punks Propagandhi have returned with a record that picks up where 2009’s Supporting Caste left off. Riding a wave of renewed energy, their sixth full length release and Epitaph debut, Failed States is sure to please any thrash punk/ metal listeners.

Light years from their early Fat Wreck releases, Failed States is the band’s latest effort which balances the elements between their early melodic punk rock roots and a darker, much heavier sound influenced by Canadian thrash bands like Sacrifice and Razor. It’s a mixture of the heavy metal/ thrash punk found on Supporting Caste and classic mind bending guitar riffs, like from previous releases Today’s Empires, Tomorrow’s Ashes and Potemkin City Limits. A notable example of this fusion is “Rattan Cane” which sees the band going from a slow down-tuned breakdown riff into a quick tempo and chaotic thrash punk tune.

The topics discussed on Failed States fall in line with Propagandhi’s history of discussing political issues. Still focused on topics like the environment, capitalism, human rights violations, sexism, and racism; Failed States finds itself tackling new darker themes as well, like drug addiction and sex workers in the band’s home city of Winnipeg.

The album is more distinguished from its counterparts because it’s much more than a straight up thrash/ metal/ punk record. This is the sound of a band coming into their own and progressing as a relatively new line-up (given the bands 20 plus year history). Failed States is the sound of Propagandhi arranging the elements that we have come to know them by in a new and distinct way; which is why it is already an instant Propagandhi classic.

Must Hear: Rattan Cane, Failed States, The Days You Hate Yourself (Bonus Track, listen below!)