Tag Archives: either or

Church – Either Or (Album Review) 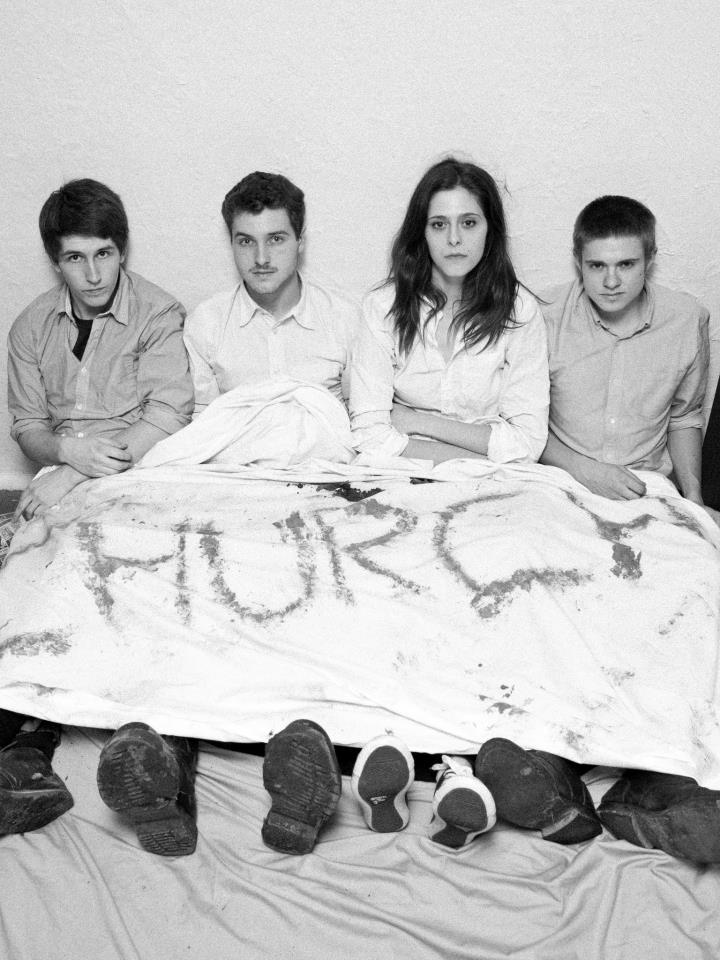 Natives to Southern Ontario, Church released their first full-length album Either Or late last year. The album bounces back and forth between genres, tapping into early punk rock, modern indie, and everything in between.

The first half of the album lulls the listener into a state of punk serenity. The raw recording almost sounds like a live recording captured in a bar, producing a cool and unique sound similar to underground bands from the punk revolution. Not surprisingly, the band claims the album was recorded in a garage and a bathroom. They didn’t focus on perfecting their recordings, and that’s all part of their charm. As such, Either Or is the perfect kind of album to see live.

The combination of female vocalist Marta Cikojevic and male vocalist Ryan Brownrigg rocks the album back and forth, with the desperation in Cikojevic’s voice contrasting with the powerful but steady voice of Brownrigg. Through this, they achieve a perfect emotional balance in their vocals.

The first highlight of the album is “Brittle and Bare”. In it, the purity of Cikojevic’s voice is on display, with a rhythm section that gives the listener the urge to pull out their lighter and wave it in the air. With some of the strongest lyrics of the album, this song shows the softer side of Church, and makes the listener fall in love with the band:

And then comes “Pissed Jeans”. This song spins the album 180° in a switch to powerful punk rock that demonstrates why Church isn’t just another generic Toronto indie band. The pounding drums in “Pissed Jeans” hit the listener at full force, while the howling vocals from Cikojevic echo amongst the instruments. The fast-paced, high energy song is less than two minutes long, but it’s one hell of a ride:

Although their first album (as a complete group) is only eight songs, Either Or demonstrates how Church can weave their music through several genres, giving their music its own unique feeling of punk rock audacity and soothing harmony.