Check out our review of their show last month in Toronto. 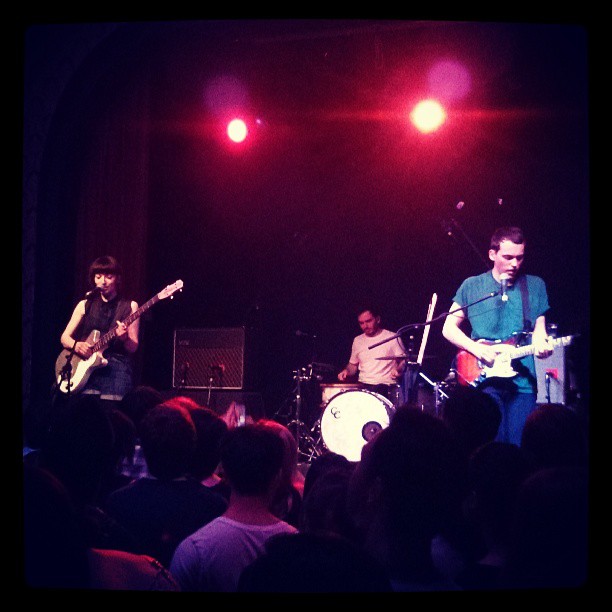 The haunting beauty of Daughter will unlikely remain contained within intimate venues like The Great Hall for much longer. Their debut album If You Leave (released March 2013) is one that seems a logical continuation of three wonderful EP’s (Demos, His Young Heart, The Wild Youth). It finds lead singer Elena Tonra weaving through slightly more upbeat tapestries whil still maintaining that somber songwriting that hits you “right in the feels”. We’ve all been where she has been and the ease with which she can evoke emotion is something that will take this band far.

The sweltering heat of summer made the two tiny ceiling fans at The Great Hall seem laughable. Openers Wilsen created the perfect vibe to start the night with raw but beautiful songwriting. Definitely a band to look out for. Despite the heat and the 10 minute period of the spotlights shutting on and off at random intervals, Daughter was able to push through with an endearingly timid British demeanor.

They performed songs from their EPs and debut with precision, closing with an incredibly powerful crescendo at the end of “Home”. The crowd, singing along the lyrics to songs like “Landfill” and “Youth” had Elena smiling incredulously, but she should get used to the feeling. Their fanbase is only going to get larger and more passionate as they tour this new album and open for bands like The National this upcoming year.

Tagged concert review, daughter, if you leave, live in toronto, the great hall