When I realized that I was going to be in London England at the same time as a set of performances by Edward Sharpe & The Magnetic Zeros at a place called “The Old Vic Tunnels”, I knew I had to be there. I had no idea about the venue but I immediately tried to get tickets… only to find that they were all sold out. Luckily, they announced an unprecedented 5th show for Sunday March 13th and we were in luck. Having seen Edward Sharpe before, I thought I had a bit of an idea about what I was getting me and my friends into. Little did I know that I was about to experience a night that could be best described as a trip into the mind of a still-on-drugs Charlie Sheen.

Upon entering, I was grabbed by a space cowboy who said, “Welcome to Mars”, while handing me a plastic baggie with what appeared to be… drugs. I was then confronted by a woman with a clipboard who asked me what I had gotten up to since getting to Mars. When it was clear that I was just handed drugs (which ended up being sugar), a friend and I were accosted by space police who made us spin around in circles until they disappeared. We then had a chance to take a look around only to find the moon, the sun, a space bar, caskets, and… well, the night was just getting started. 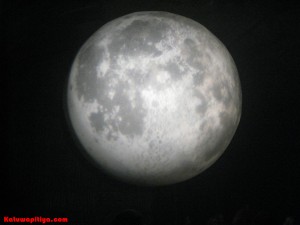 The spectacle was unexpected but it meshed well with Edward Sharpe & The Magnetic Zeros’ whole get-up. They’re hippies and they embrace that. When we met Jade and Nico from the band before the show, they seemed extremely down to earth and approachable. Then there was the aftershow, but I’ll get to that.

When we settled in with our kick-in-the-face punch that tasted a lot like porch climber, we were in for even more entertainment. I can say, without a doubt, that this is the most entertained I’ve ever been before a headliner has performed their set. Various circus performances involving fire, rings, and acrobatics followed and kept the crowd awestruck.

There were modern art installations involving film, illustration and lights and various performers mingling throughout the crowd. We actually missed the opener because we were too busy taking everything in. 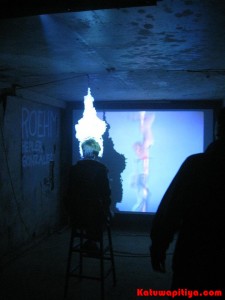 When Edward Sharpe & The Magnetic Zeros took the stage, it was magic, expected magic. The performances of hit songs “40 Day Dream” and “Home” were electric to say the least. The set was consistently good with the only lowpoints being a few new songs, some of which I wasn’t a fan of (mainly the saccharine “We Are Each Other” which involved repeating the phrase “every part of you is just another part of me”). It was also unfortunate that nothing was played from Alex Ebert’s recent solo release, though I suppose that was to be expected. But all in all, it was a hell of a show. 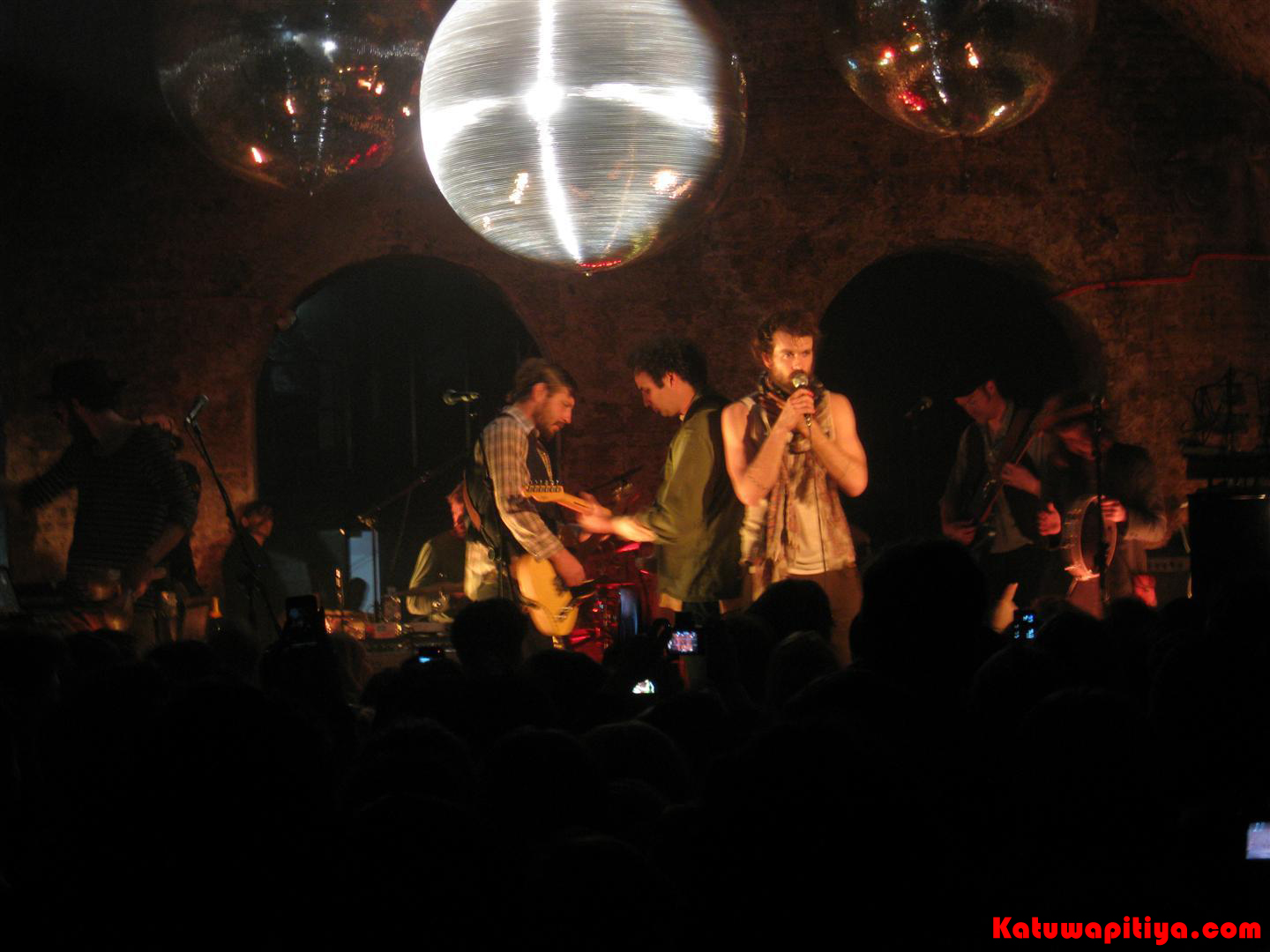 When the show is analyzed in the context of how it was presented, I must say that it was probably one of the best things I’ve ever experienced. After the show, milk and cookies were served to people as they left the show and the band performed in the tunnels outside for the smaller crowd that was left. In that glorious moment sitting on the pavement in a tunnel, arm in arm singing Lean on Me and other classics, we all became hippies. 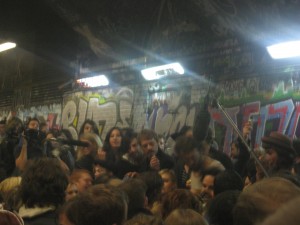