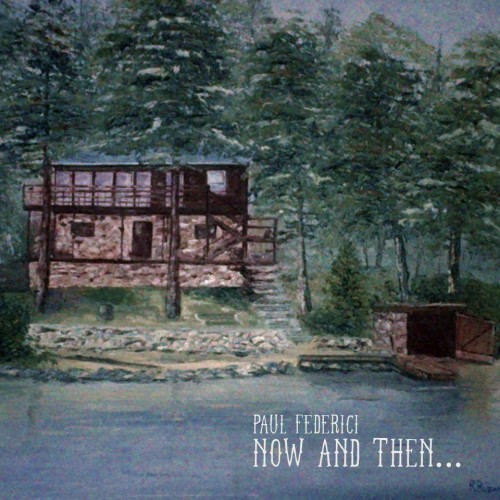 After a 7 year break, Paul Federici has made his comeback into the music world with the soulful, sincere and atmospheric melodies of Now and Then. With its smooth acoustic harmonies, the album is an easy listen. Through the prevalent use of the cello and his layered vocals, Federici produces an album that is comfortable on the border between acoustic folk and mellow indie.

Federici’s lyrics are personal and honest – and the music gives that honesty a perfect platform. The song “Strange Disease”, with its powerful subject matter and instrumentation, really paint a picture that remains with the listener long after it’s through. “Far from Home”, “Last Regret” and “Lonley Heart” are also highlights, which add to the story of the album and further display his musicality, whether through subtle guitar work or violin.

Though most of his lyrics center around sadness, there’s something about Federici’s vulnerability that is inviting and appealing, making you feel a direct connection. He also manages to remain optimistic. The perfect example of this being “Please Don’t Break”, its warm style being reminiscent of Nick Drake’s.

Overall Now and Then‘s atmosphere is both emotion-evoking and hopeful. Its honesty is what’s most appealing and is what will keep a listener coming back. Until the next one, it’s time to grab a hot cup of coffee and let this album take you to place far, far away.

Tagged now and then, paul federici